Virginia is quickly becoming a go-to destination for niche sports of all types. Sports such as Quidditch, Spikeball, Disc Golf and FootGolf to just name a few that have been hosted at the wide variety of state-of-the-art venues spread throughout the Commonwealth. One thing is for certain, Virginia loves to host niche sports.

The most popular sport among wizards and witches, Quidditch is quickly becoming quite popular among humans as well. Based on the fictional game from the book “Harry Potter”, quidditch is a fast-paced 7v7 contact sports which was founded in 2005 and is now played in over 39 countries. Mounted on broomsticks, players compete on a hockey rink sized pitch with five balls in play during a match. One quaffle, a volleyball which is used to score points, three dodgeballs which are called bludgers are used to knock out other players temporarily and a tennis ball called the snitch which must be caught to end the game.

In July of 2019, Glover Park in Henrico County hosted the Pan-American Quidditch Games where over a 100 athletes from North, Central, South America and the Caribbean competed. Glover Park consists of 4 lighted multi-purpose synthetic turf fields, 8 sand Volleyball courts, and a pavilion area with restrooms. Along with hosting quidditch, the facility has hosted football, ultimate, lacrosse, volleyball, soccer and more. 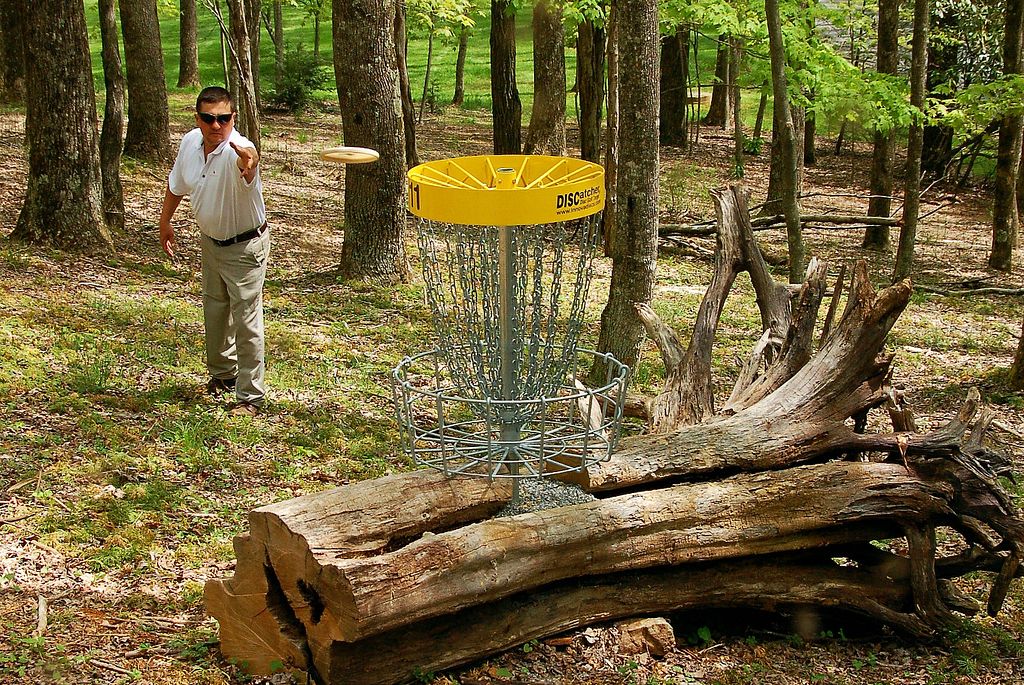 Like regular golf in many ways other than the fact that players use a frisbee “disc” to negotiate a course of 18 holes. The goal of Disc Golf is to make your way from each tee to hole in the fewest number of strokes. The courses are usually very different from each other and consists of many obstacles which makes the game very challenging.

In 2019 Spotsylvania hosted the United States Women’s Disc Golf Championships at three different courses which included Cannon Ridge, Hawk Hollow, as well as Loriella Park. These courses provide numerous challenges, and are highly regarded by recreational players, professional competitors, and everyone in between. Check out this article featuring 21 Disc Golf Courses in Virginia which range from open courses along the coastal plains to the arduous elevation changes in the mountains of Virginia. 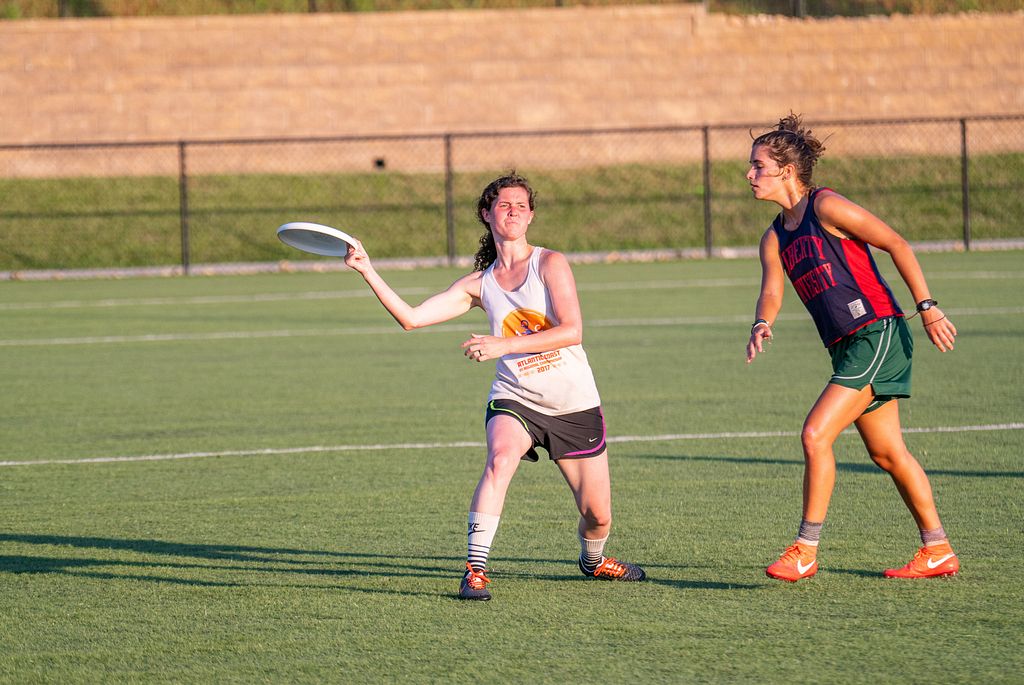 While the game of Ultimate has been around for quite some time, it has recently started picking up more traction. What sets ultimate apart from most sports is the fact that it focuses on self- officiating regardless of the level of competition. Much like soccer the sport requires a high level of endurance along with aerial passing skills of football. Played between two teams of seven players on a rectangular pitch with each end having an end zone much like football. The goal of the game is to pass the disc to a teammate standing or running into the end zone. However, unlike Football you cannot run with the disc in your hand but must pass it on to another teammate to work the disc up the field towards the opponents end zone.

While Ultimate tournaments have been hosted all around Virginia, a facility that has recently put itself on the map for hosting ultimate tournaments is the Monogram Foods Smith River Sports Complex (SRSC) in Martinsville. SRSC most recently hosted the Oak Creek Invite College Ultimate Tournament in 2020. Located on 90+ acres, SRSC has a combination of 6 synthetic turf and grass fields along with a pavilion area with restrooms and a concession building. This facility is also used for many different sports such as soccer, lacrosse, football and field hockey. 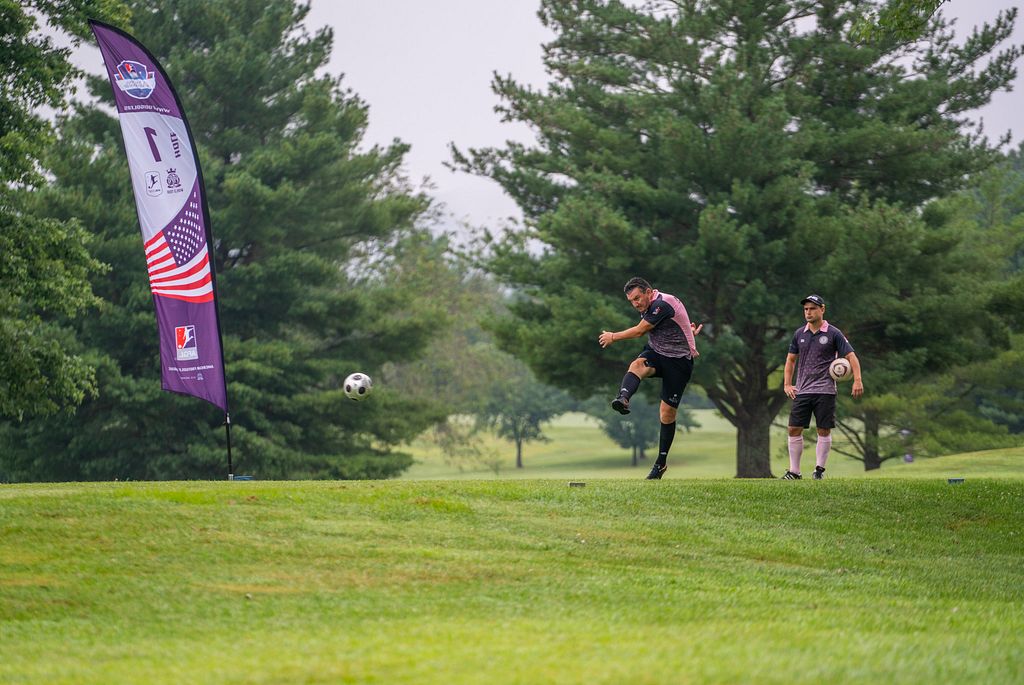 When golf meets the soccer ball, we end up with the fast-growing sport of FootGolf. Played with a regular size soccer ball and very similar rules to golf, the objective of the game is to get the ball into the 21-inch diameter hole with the least amount of strokes. FootGolf became an official sport in the United States in 2011. Much like golf, footgolf is a precision sport where players must learn the roll of the ball along with navigating the different terrain that each course presents.

Virginia has quite a few golf courses that have started offering footgolf. Most recently Winton Farm Golf Course was used as the competition course during the 2019 State Games of America. Surrounded by mountains and with a lake on the course, you can expect beautiful sceneries while you play 18 holes of FootGolf.

Played in a 2v2 format, Spikeball is a quick reaction net sport inspired by the concepts of Volleyball. While it was founded in 1989 the sport was mostly dormant until its revival in 2008. The sport is often highlighted on SportsCenter and House of Highlights social media channels due to its propensity to produce unbelievable acrobatic plays.

Spikeball held their 2019 National Championship event in Chesterfield at the River City Sportsplex. With 12 synthetic turf fields, the 115-acre complex is one of the country’s largest collection of lighted synthetic turf fields with the ability to host sports such as football, field hockey, lacrosse, soccer and more. The facility also offers a concession stand along with a vendor village area which makes it ideal to host large events.